During two months, whoever passes on the Segunda Circular, in Lisbon, towards Benfica-Airport, can monitor the state of traffic in real time through an interactive billboard of the new Volkswagen Polo.

The poster features a display similar to the Polo’s navigation system, in which a color code – green, yellow and red – indicates the traffic situation on that section.

The new Polo billboard also highlights the Led Matrix IQ headlights. LIGHT of the model through the LED lighting embedded in the interactive poster, an option that draws attention to the various aesthetic developments on the outside.

Nuno Serra, Marketing Director for the German brand, recalls the success of the model, which has sold more than 18 million units in around 46 years of production and is one of the most successful vehicles in its segment.

“We believe that this interactive billboard will not leave anyone indifferent and shows how the new Polo continues to be a reference not only in terms of technology, but also in terms of safety, quality and comfort”, said Nuno Serra.

This campaign, with the creative signature of DDB, was developed in partnership with MOP and TRANSISTOR. 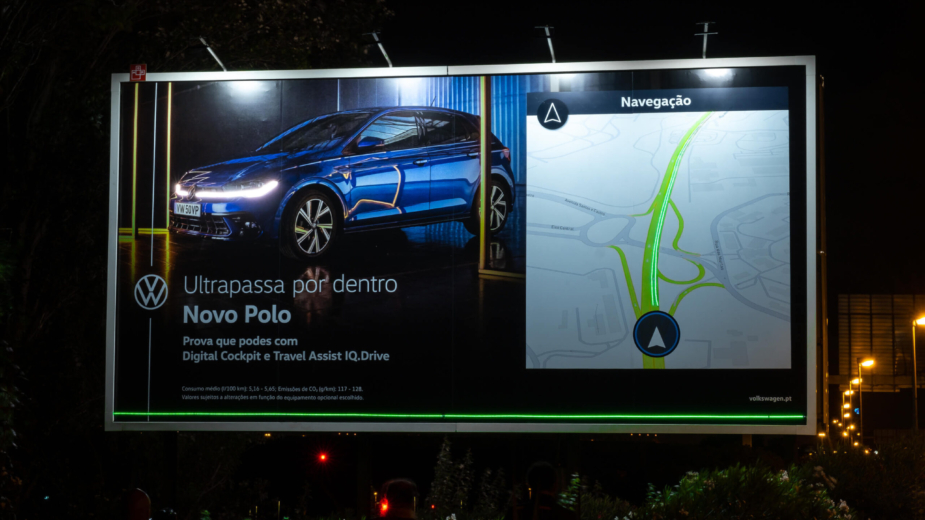